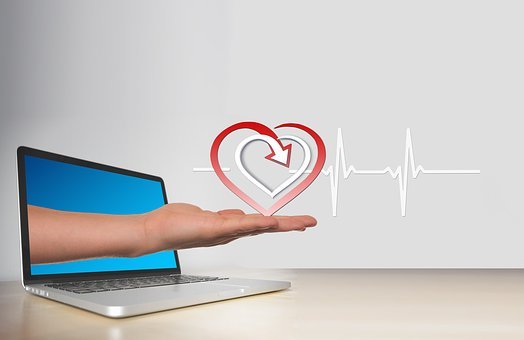 Taking care of the health of your body and mind is very important to keep the organ functioning at full steam.

We already know through cadiocare a lot of data about heart-related diseases. They are one of the leading causes of death in Western countries, and much of this is because we adopt habits that are not good for our health, such as sedentary lifestyles and poor diet. But what other things do we need to know about the organ?

1- Being Thin Is Not Synonymous With Having A Healthy Heart

Yes, diseases such as type 2 diabetes, hypertension, and high cholesterol are more recurrent in overweight and obese people. “Obesity in Brazil can already be considered a problem. More than 20% of the country’s population is. Because of this, this portion has a greater chance of developing high levels of triglycerides and cholesterol in the blood, being diabetic and suffering from metabolic syndromes”, says the doctor.

However, the opposite is not correct. Thin but sedentary people with bad eating habits or smokers are also at serious risk. “Especially those that have fat accumulated in the waist region called viscerally. It is the worst type of fat because it leads to inflammatory reactions in the body. These, in turn, generate metabolic syndromes”, Marcelo Nishiyama explains.

A European study published appears to support the hypothesis. In it, experts compared active obese people and lean sedentary people. The first group had much lower mortality rates than the second. “Therefore, a sedentary lifestyle is a condition that we need to fight. Research indicates that it is the cause of death for 1 in 10 people worldwide.”

No, you don’t need to cut out any fat to keep your heart healthy. The Mediterranean diet, considered one of the most efficient to reach the goal, includes oils, olive oils, and fatty foods on the menu. The question you should pay attention to is the type of fat you consume. “We have to avoid more trans and saturated ones and invest more in polyunsaturated ones. In addition to cutting the processed products, properly eat fruits (3 to 5 servings a day), vegetables, and greens. Olive oils, nuts, and low-fat dairy products are also great”, advises the doctor.

3 – Stress And Depression Are Enemies Of The Heart

A 2017 study proved the relationship. Depressive people are 15% more likely to develop cardiovascular disease. But what about the stressed? “There is still no scientific consensus on whether stress can make people hypertensive or not. But we can say that it makes it difficult to control the disease and is even a trigger. In addition, it increases the risk of heart attacks by 20%.”

4 – Your Blood Pressure During Pregnancy Gives Clues About Your Future

During pregnancy, some women suffer from so-called pre-eclampsia, an elevation in blood pressure, and the elimination of protein in the urine. Usually asymptomatic, it may be accompanied by fluid retention in the lower limbs and excess weight. Women who have had it can have a subsequent pregnancy. After 6 to 8 weeks of delivery, blood pressure tends to normalize. If that doesn’t happen, the woman will become hypertensive

Want To Get Into Shape & Take Care Of Yourself – MMA Has The Answers.

What Does A Medical Beauty Care Provider Do?

Ezra Julia - September 29, 2022 0
Moral fiber is lacking in addicts No one wants to become an alcoholic or drug addict.It is a force that can control...

Want To Get Into Shape & Take Care Of Yourself –...

What Does A Medical Beauty Care Provider Do?

When is the best time to make an appointment with a...

Experiencing An Injury Won’t Slow You Down If There Is a...